A free Android library that can load and display any diagram, flowchart or graph created and exported to XML with any MindFusion diagramming component for desktop and web. 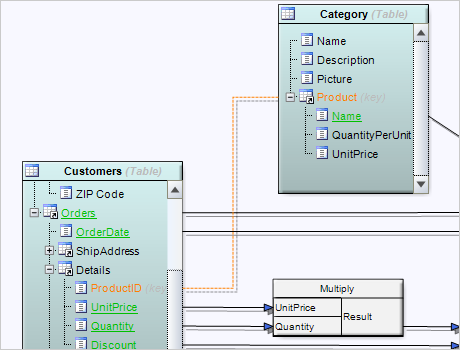 The library contains DiagramView class, which derives from android.View and loads diagrams from XML files, which were created with any of MindFusion.Diagramming tools. Among the currently supported diagram item types are: The library includes all model classes and properties from MindFusion.Diagramming for Java component. Here you can read the Diagramming for Java Online API Reference. MindFusion diagram viewer for Android provides your mobile application with useful methods for simple hit testing from touch events as well with access to the loaded links, nodes and their data properties.

MindFusion has prepared detailed step by step tutorial on how to display diagrams in your Android device. You can read it here:

Tutorial: How to Render a Diagram in an Android Application

MindFusion Diagram Viewer library is free of charge for anyone who has a license for a MindFusion diagramming component. You can download it immediately and use it to show your diagrams on any Android device.

If you want to build your diagrams from scratch using the Android API, then the right choice for you is MindFusion.Diagramming library for Android. The component will add a complete set of diagramming features to your Android application with a few mouse clicks. You can choose among more than 100 predefined node shapes, more than 15 graph layout algorithms, a long list with appearance settings, many user interaction options and much more. Read further details about MindFusion.Diagramming for Android here or download the trial version from the link below: